You are here: Home / Articles / The Finality of Prophethood 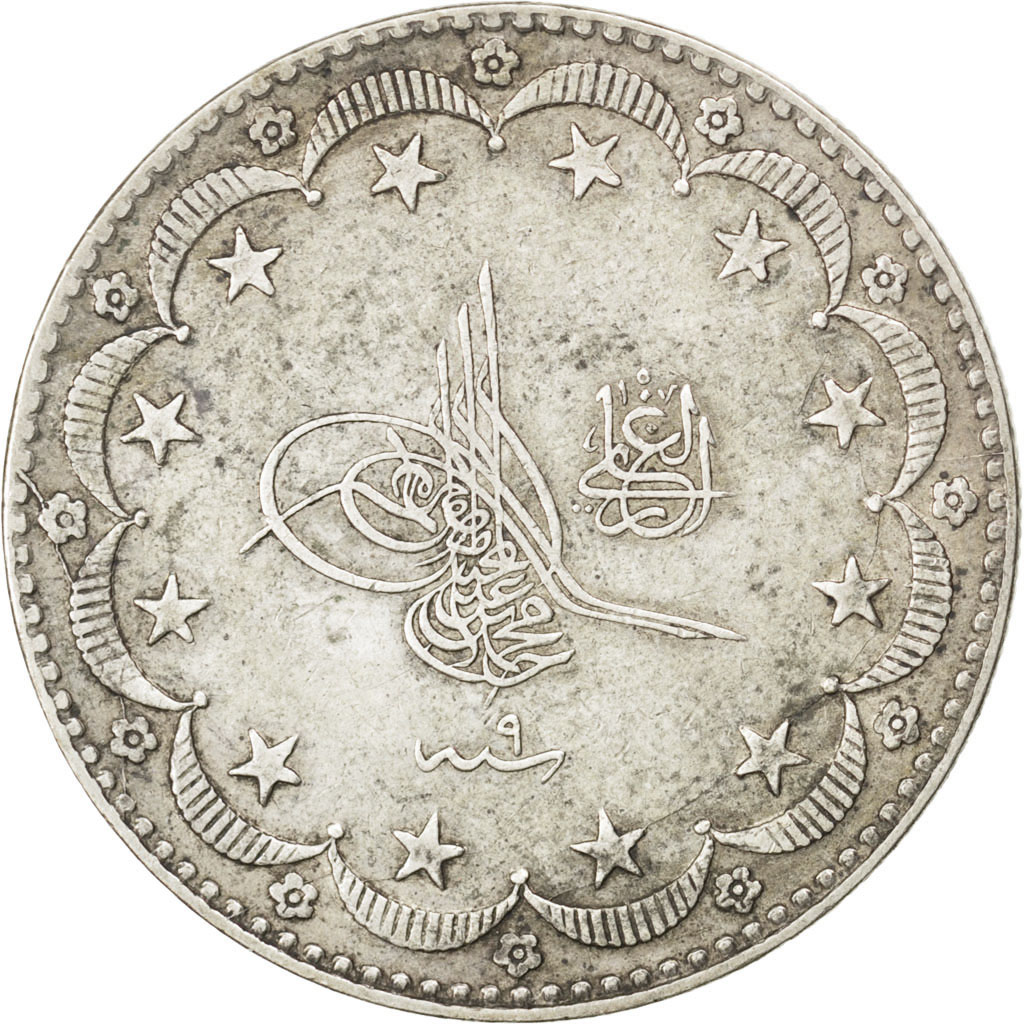 What is meant here by “the inclusiveness of Islam” is that fact that Islam is for all times and places.  Regardless of who a person may be or where he may be, Islam should be his religion and his way of life.  This is just as much true for those who lived during the lifetime of the Prophet, may the mercy and blessings of God be upon him, or those who will live in 2525 (if God wills that there shall be such a year).

The correct understanding of this point revolves around a number of issues.  The first important issue is that of the finality of prophethood as vested in the Prophet Muhammad.  The second concerns the perfection of the religion and the manner in which it is able to guide humankind during all eras.

The Finality of Prophethood
God decreed that the Prophet Muhammad would be His final messenger.  God says:

“Muhammad is not the father of any man among you, but he is the Messenger of God and the last of the Prophets.  And God is Ever All-Aware of everything.” (Quran 33:40)

The Prophet Muhammad himself said:

“I have been sent to all of the creation and the prophets have been sealed by me.” (Saheeh Muslim)

“The Children of Israel were led by the prophets; whenever a prophet died, a prophet succeeded (him).  Lo!  There will be no prophet after me” (Saheeh Al-Bukhari, Saheeh Muslim)

Thus, there finally came the Prophet who explicitly declared that he is the final prophet.  The Prophets who came before the Prophet—as far as can be seen from what is narrated from them—did not make such a claim regarding themselves.  Thus, for example, in Deuteronomy 18:17-19, God is telling Moses that He is going to send another messenger “like unto him” in the future.  In the New Testament, in John 14:15-16, Jesus speaks of “another Comforter” being sent by God.  (Also in John 16:7-8 and John 16:12-13 Jesus speaks of someone coming in the future.)  On the other hand, the Prophet Muhammad made it very clear that no prophet would come after him.

Being sent as the final messenger for humankind, there had to be some aspects that were unique concerning this last Prophet.  These aspects include:

First, since no one could come later to correct any mistakes or distortions, the revelation received by the last prophet had to be preserved in its pristine purity.  It is obviously beyond the scope of this short article, but a study of the history of the Quran and Sunnah would demonstrate that both of them were minutely preserved.

Second, the nature of the “sign” of the last prophet would have to be different as well.  This is because this sign would have to affect not only the people who were alive during the time of the prophet, but also all those who would come later.  The “sign” of the Prophet Muhammad was the Quran, and its miraculous nature can still be appreciated today and will continue to be appreciated in the future.

Third, this final prophet could not simply be sent for one community among humankind—each then having their own final prophet and then differing with one another.  This final prophet had to be sent for all of humankind, putting an end to the succession of prophets and being suitable for the world as a whole.
The Prophet Muhammad was the only prophet to make it known that he was not sent only for a certain people, but rather for all the various peoples of the world.  The Jews, for example, consider themselves to be a chosen race and that their message is meant exclusively for themselves.  Thus, many orthodox Jews do not believe in proselytizing their faith.  The New Testament also makes it clear that Jesus’ mission was to the Tribes of Israel.  Matthew 10: 5-6 read:

“These twelve Jesus sent forth, and commanded them, saying, Go not into the way of the Gentiles, and into any city of the Samaritans enter ye not: But go rather to the lost sheep of the house of Israel.”

Jesus is reported to have said when the Canaanite woman came to him for help,

This limited mission of Jesus’ is also affirmed in the Quran (61:6).  In the case of the Prophet Muhammad, however, God says:

“And We have not sent you (O Muhammad) except as a giver of glad tidings and a warner to all mankind.” (Quran 34:28)

There are yet other verses giving the same purport.  Prophet Muhammad also stated that he was distinguished from the earlier prophets by five matters.  The last he mentioned was:

“[Before] a prophet would be sent to his own people only, while I have been sent to all of mankind.” (Saheeh Al-Bukhari, Saheeh Muslim)

Before discussing how the laws of Islam are universal, it is important to briefly discuss the issue of those who are following earlier confirmed prophets of God.  These people may argue that the Prophet Muhammad may have been truthful, but that it is sufficient for them to follow the Prophet that they have been following.

In reality, no one has the right to accept the other prophets while rejecting the Prophet Muhammad, may the mercy and blessings of God be upon him.  No one has the right to say that Muhammad was truthful but, “I chose to still follow Jesus or Moses instead.”  Logically speaking, one should not expect this to be acceptable to God.
God has sent His final messenger to be believed in and followed, superseding and canceling what is left of the teachings of earlier prophets.  In the Quran, God describes such an attitude:

“And when it is said to them, ‘Believe in what God has sent down,’ they say, ‘We believe in what was sent down to us.’  And they disbelieve in that which came after it, while it is the truth confirming what is with them…” (Quran 2:91)

God has further declared people of this nature to be disbelievers.  He has said:

“[I swear] by [God], the One in whose hand is my soul, there will be none of my addressed people, be he Jew or Christian, who hears of me and dies without believing in that with which I was sent except that he will be from the inhabitants of the Hellfire.” (Saheeh Muslim)

The Prophet even told one of his companions:

“If my brother Moses were alive today, he would have no option but to follow me.” (Ahmad and al-Daarimi)

Hence, the universality of Islam applies to all who were following any of the previous prophets as well.  They have no logical option except to accept and follow Prophet Muhammad.

The Universality of Islam and Its Timelessness
As noted above, Prophet Muhammad declared that he was the final prophet sent for humankind.  At the same time, it is inconceivable knowing the mercy of the merciful that He would leave humans without any form of clear guidance.  In other words, what He gave this final messenger must be suitable to guide all of humankind after him after him until the Day of Judgment.  In fact, the Prophet himself made this very same point in essence when he said:

“I have left with you two things that if you cling to them you will never be misguided after me: The Book of God and the Sunnah of His Messenger.” (Saheeh Muslim)

“…This day, I have perfected your religion for you, completed My Favor upon you, and have chosen for you Islam as your religion…” (Quran 5:3)

Thus, the religion is completed and perfected and there is no need for any alteration or change.  The message has come and shall suffice until the Day of Judgment.  The Prophet sent for all peoples has already come.

This implies that the Prophet’s teachings are valid and obligatory upon all of humankind.  That is, his example and teaching was not simply for the people of Arabia at his time.  Rather, it is just as valid and just as important for each and every Muslim today, whether he be in New York or Malaysia.

Perhaps, after so many cases like this, more and more humans will realize that there is guidance, complete and perfect, that has come from God that is exactly what all humans need and require, regardless of time and place.

The Guidance is Complete and Sufficient Forever
In sum, the guidance is complete and suitable for all times and places.  It is all that the Muslims need for happiness in this world and in the Hereafter.  It cannot be improved upon.  It is, therefore, in no need of additions, alterations or deletions.
Those who think that they can improve upon what God has revealed are arrogant in the purest sense and going beyond what they can possible ever achieve.  For this obvious reason, the Prophet gave very strong warnings about innovations, heresies and changes to the faith.  Such things are not needed at all and they will simply take away from the beauty and perfection of Islam.  Thus, the Prophet said:

“The worst matters are invented ones.  And every innovation is a going astray.” (Saheeh Muslim)

“And every going astray is in the hell fire.” (al-Nasaai)

“Whoever introduces anything into this affair of ours that does not belong to it will have it rejected.” (Saheeh al-Bukhari and Saheeh Muslim)