You are here: Home / Articles / Human Beings Have a Great Capacity for Self-Delusion 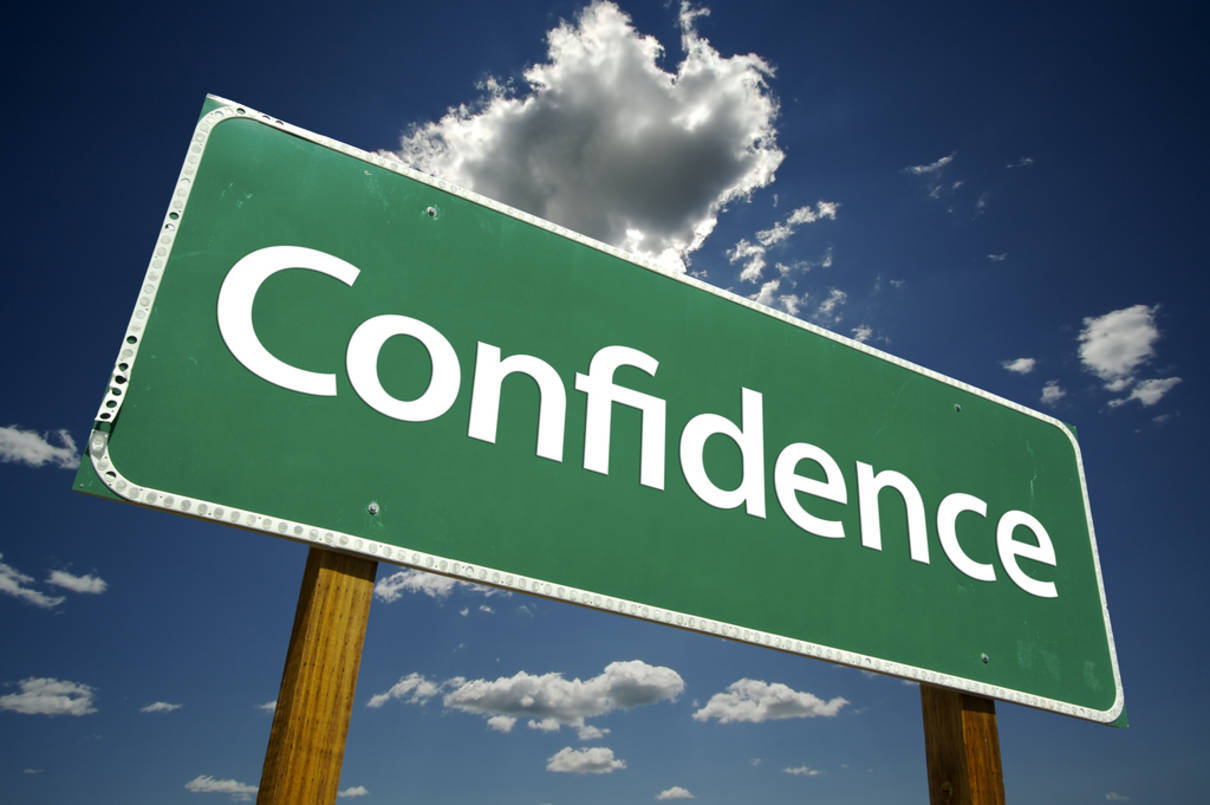 There are two things one should be take heed of if one wishes to attain success and felicity:

1) To know the details of the means of attaining good and evil, and to beclear about these through witnessing them in the world around, through one’sown experience and that of others, as well as through reports one has heardabout earlier and latter nations. One of the most effective means for attaining this is pondering over the Qur’an, for along with the Sunnah, it clearly explains the paths to good and evil. If you turn your attention to them, they will suffice you.
They will inform you of Allah’s treatment of the obedient, and of the sinners. Moreover, apply what you read to practical experience, and you will see the illustration of this – that Allah is true, the Messenger is true, the Qur’an is true, and that Allah fulfills His promise. History contains details of the paths to good and evil mentioned in the Qur’an and Sunnah.

2) Beware of deceiving oneself with regard to these paths. This is very important, for the servant knows that sin and heedlessness are harmful to him in his world and the Hereafter, and yet he may deceive himself through relying on Allah’s pardon and forgiveness, by procrastination of repentance, by performing istighfar only verbally, by doing good deeds [after impetuously sinning], by knowledge, by justifying his sins by the argument of destiny, by citing exam ples of people committing similar sins, or by following in the footsteps of ancestors and elders.

Many people think that they can perform some sin, and then if they say Astaghfirullah” the sin will disappear. Or, they may deceive themselves with ahadith such as:

“Whoever says “SubHaanallaahi wa-biHamdih” one hundred times in a day, his sins are taken off from him, even if they be like the foam of the ocean.” Or:

“A servant committed a sin and then said, ‘O Lord! I have committed a sin, so forgive me,’ and so he was forgiven . . . . then Allah says, ‘My servant knows that he has a Lord Who forgives sins, and takes [to task] for them. I have forgiven My servant, so let him do as he wishes.'”

Such people cling to the texts of hope, and hold fast to them with both hands, and put [all] their reliance in them, such that if they are reprimanded for committing some sin, they will recite all that they known about Allah’s mercy and forgiveness. Some went to excessive limits in this, such that they claimed that to remain free of sins is being ignorant or under-estimating Allah’s mercy and pardon.

Some deceived people cling to the notion of fatalism; that the servant has no free-will and that he is compelled to commit sins. Other cling to the notion of irja’ (false hope), claiming that faith is merely affirmation, and that deeds are neither a part of faith nor have any effect upon it. According to their claim, the iman of the most sinful of believers is just like the eeman (faith) of the angels Gabriel and Michael.

Some are deceived by their fathers and elders, thinking that they have a rank before Allah, such that they would not leave them to perish. They take this by analogy from the behavior of worldly kings, who might grant a favor or pardon to someone based on the merits of his father or relatives. Such people are used to being taken out of difficult situations by their fathers, and are under the impression that this may happen in the Hereafter too.

Others deceive themselves by reasoning that Allah has no need of punishing them since He gains nothing from it, and He does not lose anything by showing them mercy. Such a person may say, ‘I am in dire need of His mercy, and He is not at all needy of [anything]. if a poor, thirsty person were in dire need of a drink of water from someone in whose premises there flows a river, he would not be denied it, and Allah is more generous, and more expansive in mercy.’

Others are deceived by ridiculous misinterpretations / misunderstandings, e g.

“Your Lord will give you, so that you become pleased.” [Surah Duha, 5]

He says : I am not pleased to enter the Fire. This is despicable ignorance, and clear lies, for he should be pleased by what Allah is pleased by, and it is not against Allah’s pleasure to punish the oppressors, wrong-doers, evil-doers, traitors and those persistent on major sins.

This is also despicable ignorance, for this verse refers to those who repent otherwise it would imply invalidation of the verses threatening punishment for the sinners. This is specified by another verse,

“Allah does not forgive that partners be associated with Him, and He forgives anything beneath that to whomever He wills.” [Surah Nisa,48],

Also, “None will burn in it except the most miserable one who rejected and turned away [from the truth].” [Surah Layl, 15-16].

Some are deceived by fasting the days of `Ashura and `Arafah, such that some may even say that the fast of `Ashura’ expiates the whole year, and the fast of `Arafah remains as a surplus of reward. Such people have failed to realize that the fast of Ramadan and the 5 daily prayers are greater and more noble than the fasts of `Arafah and `Ashura, and that [it is understood that] sins are [only] forgiven as long as major sins are avoided. So, [fasting] from one Ramadan to another, [praying] from one Jumu`ah to the next, act in a mutually strengthening manner to achieve forgiveness of minor sins, provided major sins are avoided. So, how then can an optional fast expiate every major sin of a person while he still persists upon the sins, and has not repented from them? Also, it is possible that these two optional fasts expiate all sins in totality, but that this has certain prerequisites and conditions, such as avoidance of major sins, or that the expiation is achieved in conjunction with other good deeds, much the same as the 5 daily prayers and the fasting of Ramadan expiate minor sins in conjunction with the avoidance of major sins. “If you abjure the major things which you are prohibited from, We shall expiate you your evil deeds.” [Surah Nisa, 31]

Consider : how is it possible for one’s heart to be certain that one is going to meet Allah, that Allah sees and hears all that he does, and knows his secret open affairs, and that he will be made to stand before Allah, answerable for all his deeds – how can one be certain and aware of all of this, and yet persist upon things which displease Allah; persist upon abandoning Allah’s orders, neglecting His rights, and yet claim that he has good expectation of Allah?!!

Abu Umamah Sahl ibn Hanif reports: `Urwah ibn al-Zubayr and I entered upon `A’ishah and she said : If only you had seen the Messenger of Allah in one of his illnesses; [when] he had 6 or 7 dinars. The Messenger of Allah ordered me to distribute them [in charity?], but the pain of the Messenger of Allah kept me from doing that, until Allah cured him. Then, he asked me about them : “What have you done? Had you distributed the 6 dinars?” I said, “No, by Allah. Your pain had kept me from doing so.” He asked for them to be brought [to him], and put them in his hand then said, “What would be the expectation of Allah’s prophet if he met Allah with these in his possession?

What, then would be the expectation of the people of major sins, and the oppressors, if they were to meet Allah with these sins and forfeited rights of people on their backs? If their claim that they entertained good expectations that Allah would not punish evil and wrongdoing people, were to benefit them, then everyone could do as he wished, doing everything that Allah has forbidden, provided he kept good expectation of Allah, thinking that the fire will not touch him. Subhanallah! How deceived can one be? Prophet Ibrahim said to his people, “Is it a lie, gods besides Allah, that you desire? What then is your expectation of the Lord of the Worlds?” [Surah Saffat, 86] i.e. what is your expectation of Allah, what do you expect He will do to you if you meet Him having worshipped other than Him?

So, if we reflect over this, we will realize that good expectation of Allah is equivalent to good deeds, for one is moved to good deeds by good hope of Allah, that He will reward him for his efforts and accept them. Otherwise, good expectation along with pursuit of whims and desires and lusts is incapacity.

Someone might claim : It might, based on the expansiveness of Allah’s mercy and forgiveness and generosity, and that His mercy exceeds His wrath, and that punishing does not benefit Him, nor does forgiveness harm Him. The reply is : Allah is indeed most generous and merciful, but this is in the appropriate place. Allah is also described as possessing wisdom and might and inflicting retribution, seizing with might, and punishing those deserving punishment.
So, if the good expectation is based merely on some of Allah’s attributes, then the righteous and the evil, the believer and the unbeliever, would equally be candidates for it. But, the names and attributes of mercy do not benefit the unbeliever or similarly one who has neglected his duty and exposed himself to Allah’s curse. Rather, good expectation of Allah is for one who repents, regrets his sins and desists from the. This is good expectation, whereas the first is deception.

“Those who believe, and those who perform hijrah and jihad in the path of Allah – they are hopeful of Allah’s mercy.” [Surah Baqarah, 218]

So, these people are the ones who can be truly hopeful of Allah’s mercy; not the evil and sinful people. “…then, your Lord is, to those who make hijrah after they have been persecuted, and then perform jihad and are patient/steadfast – indeed, your Lord is, after that, Most Forgiving, Most Merciful.” [Surah Nahl, 119]