You are here: Home / Articles / Greatness of God 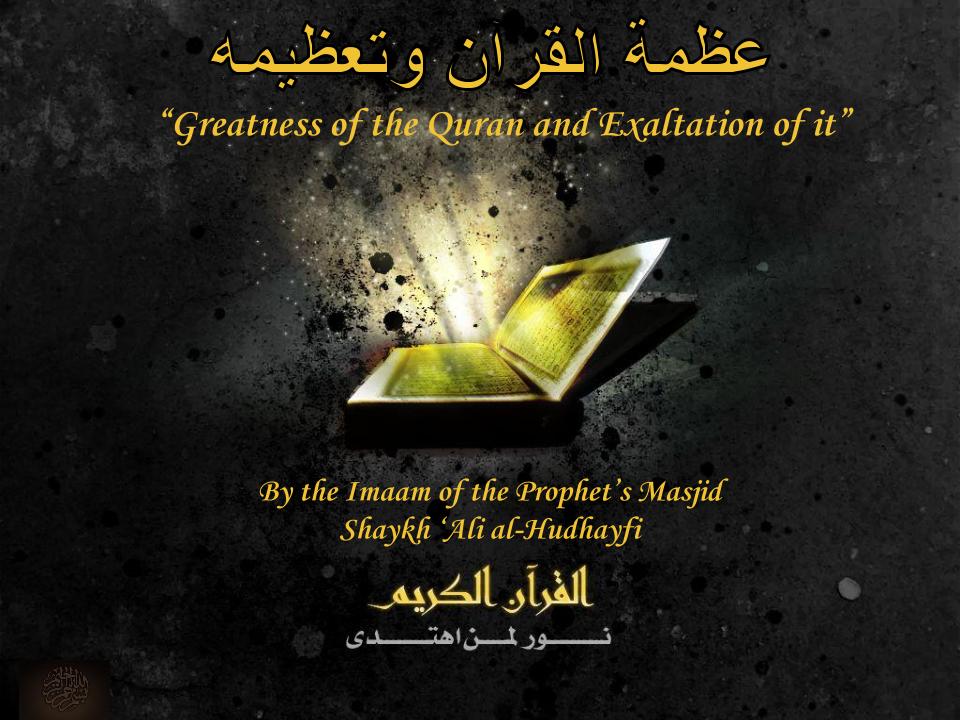 He governs the affairs of the various kingdoms and He commands and forbids, creates, sustains, gives death, gives life, gives power, strips power (to and from whom He wills) and alternates the night and day. He gives varying fortunes to people and alternates governments (and states), destroying some and bringing some into existence. His Command and Power are dominant in the heavens and their zones, the earth and all that which is on and in it, in the seas and in the air.
His Knowledge has encompassed everything and He counted everything. He hears all types of voices and they do not confuse Him. Rather, He hears each voice in its distinct language and need, and no voice will make Him busy from fulfilling the need of another, and no need will ever escape His Perfect Knowledge (and His Power to deliver).

He does not become bored because of the many needs of those who need. His Sight encompasses all that which there is. He sees the movement of a black ant on a barren rock during a dark night. To Him, the Unseen is uncovered end the secret is secret no more, “Whosoever is in the heavens and on Earth begs of Him (its needs from Him). Every day He has a matter to bring Forth (such as giving honor to some, disgrace to some, life to (some, death to some, etc.).” [55:29]

He forgives an evil deed, makes depression vanish and brings reprieve from disasters, relief for whoever needs it, wealth for the poor, guidance for the misguided, light for the lost, help for he who is desperate, fullness for the hungry, cover for the barely clothed, cure for the ill and ease for he who suffers. He accepts he who repents, gives reward for he who does good, gives aid for he who was dealt with injustice, destroys an arrogant person, covers mistakes, gives safety after fear end elevates some people and humiliates others.

He is the First, nothing is before Him, the Last, nothing is after Him, the Most High, nothing is above Him, and the Most Near, nothing is nearer than Him. He, Exalted and Ever High as He is, is the Best Whom one can and should remember, the only One Who deserves to be worshiped and thanked, the Kindest of all those who own and the Most generous of all those who are asked to give. He is the King Who has no partner, the One Who has no competitor, the Samad (Self-Sufficient) Who has no offspring, and the Ever High, none like unto Him. Everything perishes save His Face and every kingship is bound to perish except His.

He will only be obeyed by His Leave, and His Knowledge uncovers all disobedience to Him. When He is obeyed, He thanks for it, and when He is disobeyed, He grants forgiveness (for those who truly repent to Him).
Every punishment from Him is just and every bounty is a grace. He is the Closest Witness and the Nearest One with His Perfect Care. He controls the forelocks of everything and has the full records of all deeds end the books of all ages. The hearts are unmasked to Him and the secret is unveiled. His giving and punishing is merely a Command, “Verily, His Command, when He intends a thing, is only that He says to it, ‘Be, and it is!’” [36:82].
Source:  Ibn Qayyim  [External/non-QP]
Share This: