You are here: Home / Articles / Belief, Its Meaning and Importance 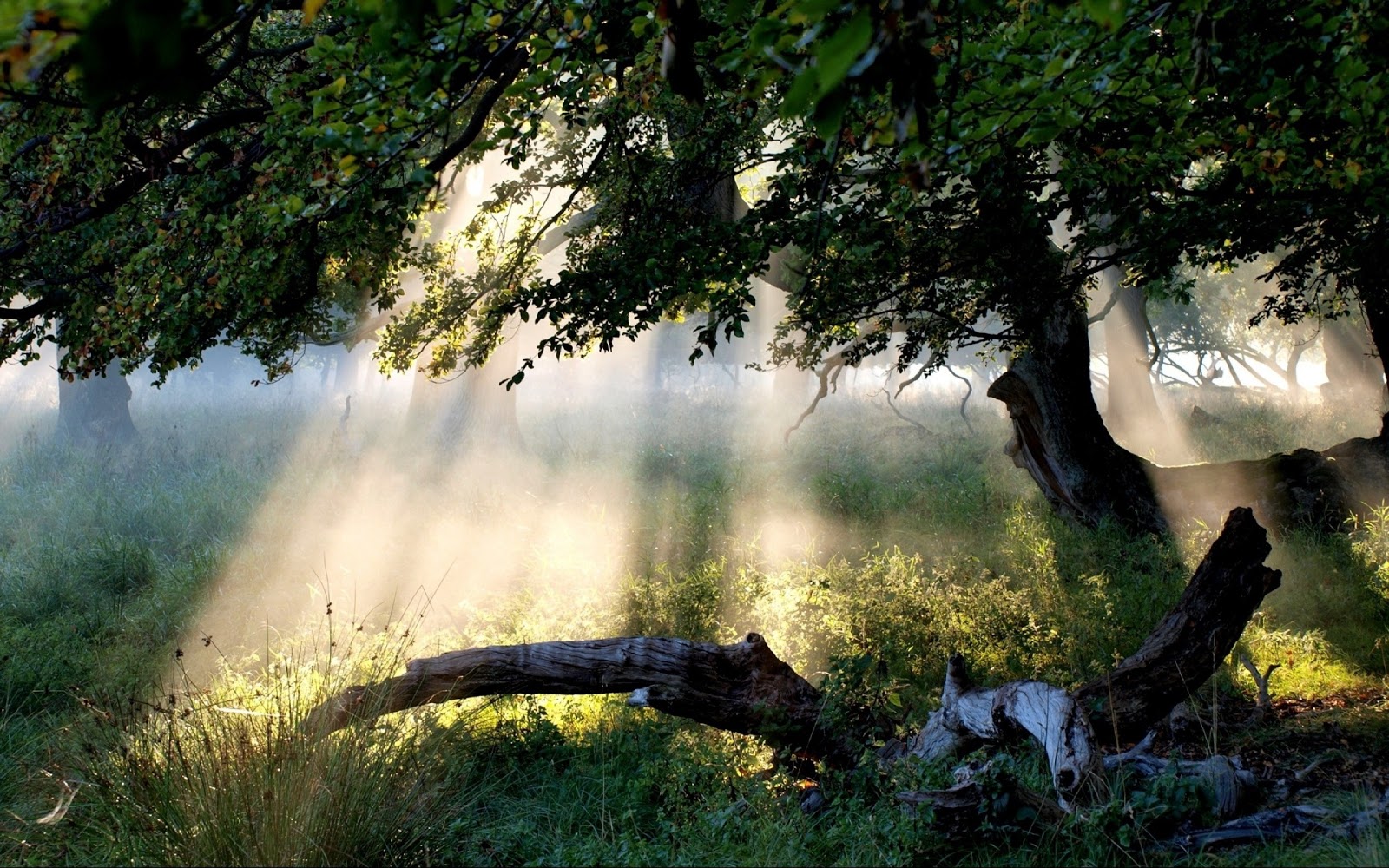 One narration states, “You are going to a people from the People of the Book. Let the first thing that you call them to be the worship of Allah. If they acknowledge Allah, then inform them that Allah has obligated upon them five prayers during their days and nights.” [Al-Bukhari, Muslim]

This hadith is clear. It does not require much of an explanation. The Prophet (peace be upon him) applied this principle in his practical calling to Islam. He stayed in Makkah for thirteen years to teach the people iman and to educate his Companions on this point and to correct the beliefs of the people. That is the pattern upon which the Companions were brought up.

Jundub Ibn Abdullah al-Bajaly said, “We learned iman (faith) and then we learned the Quran and it increased our iman.”

He is like someone who is just throwing out dates [i.e., he does not get any benefit from his recital].”

That is the manner in which the Prophet (peace be upon him) brought up his companions: Iman first and then the Quran. This is similar to what Imam Abu Hanifa pointed out: Understanding in the religion first (i.e. tauheed) and then understanding in the science (i.e. the shariah).

The beliefs must be corrected first, then follows all of the other aspects of the religion.

…And Imam Ash-Shafi`i said, “That a servant meets Allaah with every sin except Shirk is better say than meeting Him upon any of the innovated beliefs.”

… Al-Aqeeda linguistically is derived from the term aqada. In Arabic, one states, “Aqada the rope” when the rope is tied firmly. And, “Aqada the sale” or “He settled the sale” when the person ratifies and contracts a sale or agreement.

And Allah says in the Quran, “And as for those whom your right hands have made a covenant (Ar., aqadat)” [Al-Nisa 33]. And Allah also says, “But He will take you to task for the oaths which you swear in earnest (Ar., aqadtum) [Al-Maida, 89] which means asserted and adhered to, as proven in the verse, “And break not oaths after the assertion of them” [An-Nahl, 91]. If one says, “Aqadtu such and such,” it means his heart is firm upon such and such.

Therefore, al-aqeeda or al-itiqad according to the scholars of Islam is: The firm creed that one’s heart is fixed upon without any wavering or doubt. It excludes any supposition, doubt or suspicion.

Imam Abu Hanifa called this great subject al-Fiqh al-Akbar (“The Greater Understanding”) and the understanding of the religion. He called the science of law (Ar., shariah) the understanding of the science. Many scholars of Islam use the word tauheed for all matters that a person must believe in. This is because the most important of these matters is the basic tauheed that is contained in the phrase, “There is none worthy of worship except Allah.”

Tauheed, according to them, may be divided into two categories: tauheed of cognition and affirmation and tauheed of purpose and deeds.

The scholastic theologians (Ar., kalaamiyoon) – and what will explain to you who the scholastic theologians are – call this great subject “the root of the religion” and they call the law “the branches of the religion”. This is their terminology. We also have a dispute with them in this matter but this is not the place to discuss it. All of them give it a name or adjective according to their needs.

But what is the name the Quran gives to this matter?

The Quran gives the grave matter the name iman. Allah says in the Quran, “And thus We inspired in You (Muhammad) a Spirit of Our command. You did not know what the Scripture was, nor what the Faith was. But we have made it a light whereby We guide whom We will of our bondmen…” [Al-Shura, 52].

The general concepts that the heart of the believer must be firm about are the “pillars” of this faith. But one will not be called a believer just by knowing and understanding these pillars but he must come to the level where he submits and implements what is described, in the hadith of Gabriel, as Islam.

Iman, in this manner, incorporates Islam.

If iman was simply knowing the facts in one’s heart, then its companion would be equal to Satan and Pharaoh [Note: The Satan was the most knowledgeable of his Lord but he was destroyed because of his pride and envy.
And Pharaoh, even though he claimed to be the lord, knew that the lord is Allah and that none has the right to be worshipped but Him. Allah says, “He said: In truth you know that none sent down these portents save the Lord of the heavens and the earth as proofs…” [al-Isra, 102]. – Although they knew the truth, they did not put it in practice by turning their `ibadah to Allah Alone].

In the hadith of Gabriel, the Prophet (peace be upon him) explained the pillars of this faith in which every human must believe, when he was asked, “What is iman?”, he said, “To believe in Allah and His angels and His books and His messengers and the Last Day and predestination of good and evil.”

It is a must for every person to know these pillars and to learn them with a correct understanding and to believe in them in the manner that he pious forefathers understood and believed in them, in the same manner that the Companions of the Prophet (peace be upon him) believed and understood them, as well as their Followers and those who followed on their path. This includes the four imams, Sufyan Al-Thauri, Sufyan ibn Uyaina, Abdullah ibn al-Mubarak and others similar to them, as well as Muhammad ibn Ismail al-Bukhari, Muslim ibn Al-Hajjaj, Shaikh al-Islam ibn Taymiya and al-Hafedh ibn al-Qayyim. And scholars similar to them who followed the same manner of understanding and believing in these pillars.

This is the first obligation upon the responsible human being. There is no difference of opinion on this question among the scholars whose opinions are worth following.

“The first obligation upon the slave is the knowledge of Allah. This is proven by the hadith of Muadh, when the Prophet (peace be upon him) said to him, ‘You will come to a people from the People of the Book. The first thing that you should call them to is the worship of Allah. If they gain the knowledge of Allah, then tell them that Allah obligates upon them five prayers during the day and night…”

From this premise did the great scholars of Islam precede. Ponder, for example, what Imam Muhammad ibn Ismail al-Bukhari did in his book al-Jami al-Sahih, which is the most authentic book after the Book of Allah; one will see that from his detailed knowledge and understanding of this religion, this great Imam began his book with

“The Beginning of Revelation” and then he followed it with chapters on faith, followed by the chapters on knowledge. As if he means, may Allah have mercy on him, to point out that the first obligation upon a human being is faith or Iman and the way to attaining faith is knowledge. And the source of faith and knowledge is revelation. So he began by showing how the revelation occurred and what it was like.
Then he followed by mentioning faith and knowledge. This arrangement is no accident; by it he makes some important points.

This is the sum of what we wish to mention and what we wish to raise our voices about. The matter of aqeeda is the first priority. Faith and knowledge are the means of attaining it. And the source of knowledge and faith is the Book and Sunnah.
Source: Aqeedah (Matters of Faith)…First…If They But Knew
Courtesy Of: Islaam.com